Visit snow-covered slopes in California and beyond this winter.

Although the California sunshine always takes center stage in Newport Beach, sometimes it’s fun to get away from the endless summer weather and head to the snow to get in the winter spirit.

Whether you ski or snowboard, there are plenty of options for hitting the slopes this year. Those looking for something just a short distance away can visit Big Bear, which lies roughly 100 miles from the city, or slip up north to Mammoth, which offers some of California’s best winter sports. And if you’re considering going international, you simply can’t beat Whistler in British Columbia, Canada.

Wherever you drift, these ski resorts are sure to provide memorable moments all season long.

The drive up to Big Bear only takes about two hours, making it the ideal destination for a quick mountain getaway. Big Bear Mountain Resort consists of two peaks, Bear Mountain and Snow Summit. Head to Bear Mountain for a modern, youthful atmosphere, or visit Snow Summit for more traditional runs. On both mountains, intermediate trails reign supreme, but a number of easier green paths and tougher black diamond or double black diamond options are also available.

Skiers and snowboarders who rely on rentals can check out the new Bear Mountain Rental Shop, which has an improved floor plan thanks to a $1.2 million renovation. With a revamped check-in process and a new step-through ramp where technicians can easily fit guests for boots, the space aims to make it easier and faster to get out on the snow.

Additional renovations in the offseason made upgrades to Snow Summit’s Slopeside building, which has a new frame and deck, and the deck at the resort’s meadow area, where visitors can play cornhole, plus self-checkout and mobile ordering at various dining establishments. Laybacks Bar, though, may be the most improved, as the watering hole—known for its all-day apres ski offerings—underwent a $2 million refurbishment during the summer. An indoor-outdoor bartop takes things to a new level, allowing bartenders to pivot from inside the lodge to outside on the sun deck with ease; outdoor heaters, new flooring and larger coolers for drink storage were also added.

Over at Bear Mountain, another barbecue joint, Outlaw Bar & Smokehouse, opened its doors, cooking fresh fare over oak and hickory woods. The highlight of this dining experience is the house-made sauces, used throughout the eatery’s combination plates and sandwiches. The ski resort has also launched R & R Station, where meats and veggies are incorporated with noodles in ramen bowls.

New webcams have also been installed at both resorts, with base area and slopeside cameras already live at Snow Summit and Bear Mountain’s to follow later this winter. The world of tech is also lively in the form of the Big Bear Mountain Resort mobile phone app, which was launched last year but now features on-hill challenges that offer skiers and snowboarders the chance to earn 10 different badges to master the mountain.

In town, a number of contemporary offerings complement those at the ski resort. Find new guided treks from Big Bear Hiking Adventures, including exploration of Cougar Crest’s views. Aside from winter hiking, the area is ideal for tubing at the Alpine Slide, frolicking in the powder at Big Bear Snow Play, snowshoeing, horseback riding, zip lining, helicopter tours and more.

Elsewhere, Board & Brush presents visitors and locals alike with a chance to be creative during DIY workshops designed to be experienced with friends and family. Make holiday ornaments, wooden signs for the home and more at this art studio. Another new opening, All Little Cute Things, brings loose leaf teas, biscuits and wares from Britain and France to Big Bear.

Easily one of the most famed ski/snowboard spots in California, Mammoth is a hop, skip and jump about 350 miles north. Located in the Sierra Nevada mountain range, Mammoth Mountain Ski Area is one of the most popular in the west, with an average of more than 300 sunny days and a relatively long ski season. With 175 official trails, 3,500 skiable acres and over 400 inches of snowfall on average, the resort has plenty to offer those venturing to its slopes. And with direct, semi-private charter flights from Burbank on Advanced Air through early April, it’s a painless trip from Southern California. The company’s bulk flight booklet makes it easy to plan various trips to the mountain, complete with discounts.

Over the summer, Woolly’s Tube Park expanded, further solidifying its status as a hub for excitement in both winter and summer. Already, the park has expanded its tubing lanes, added additional snowmaking guns and incorporated an elevated conveyor lift, but further iterations of the multiyear effort will see a larger snow play area, a day lodge, a mountain roller coaster, a summer ropes course and even more parking.

Updated snowmaking equipment was also top priority this past summer, with 26 new guns added in all. Costing over $5 million, this state-of-the-art technology helps the resort produce more snow when the weather is cold while also saving on energy. Snow sports rentals by Ski Butlers will also help improve the on-mountain experience, with in-room fittings, delivery and added support.

Brothers Michael and Bryan Voltaggio of “Top Chef” fame are slated to open an Italian restaurant called Vulcania at The Village at Mammoth complex in January 2023, serving modern cuisine with an American influence, including dishes such as rigatoni arrabbiata. Elsewhere at the resort, The Mill barbecue restaurant is expanding to include more indoor seating as well as a window for diners to pick up mobile orders. The eatery’s outdoor bar is also doubling in size, with new furniture and a sound system for live musical performances.

Several hotels are cropping up around town as well, like Sierra Nevada Resort, which reopened in early November after a renovation that turned it into a luxurious mountain retreat. With 179 rooms—including 20 multiroom villas that are debuting in May and 10 cabins—stylized with a rugged yet modern design, the property includes Bar Sierra, a restaurant serving American cuisine; a lobby wine bar; and Outside, a space where food trucks can gather.

Another property in the works is the Limelight Hotel Mammoth & Residences, set to open in 2024. The inn will have 151 rooms in addition to 15 on-site residences, all embracing the region’s beauty in their design. Best of all, guests staying at the Limelight will be within walking distance of the Village Gondola.

Headwear brand melin, which has a shop in neighboring Laguna Beach, was also announced as Mammoth Mountain’s partner this season. Staff members will be wearing hats designed by the brand and they will also be for sale at the resort.

Aside from skiing and snowboarding, this central California locale is a prime spot for cross-country skiing, snowshoeing, sledding, ice skating, tubing, snowmobiling and so much more.

With the Canadian border now reopened to Americans, it’s time to embrace big mountain skiing/snowboarding—a term used for areas with deep powder, steep descents and big turns. Our neighbor to the north has plenty to offer those interested in snow sports, but Whistler Blackcomb is an especially popular site as the largest ski resort in North America. With more than 8,000 acres of terrain at the resort and at least 200 official runs, these side-by-side mountains receive roughly 465 inches of snowfall each year.

Expected to open this season, a six-person lift called the Big Red Express will increase uphill capacity, giving riders a high-speed way to move around the middle of the mountain. Also slated for a winter opening is the Creekside gondola, which will help reduce wait times thanks to an upgrade that allows for 10 people to hop aboard rather than the previous six. The gondola whisks guests to a secondary base area with its own restaurants, shops, ski school and rental shop.

Two new options have been added to the lineup of ski and snowboarding clinics, and they’re designed just for women. Showcase Women’s Snowboard Camps last for a weekend, with professional coaches helping riders develop their skills and meet new people. Another option, which is great for skiers, is the Helly Hansen Women’s Ski Camp. Instructors for this experience assess your aptitude before determining the best level (first-timer, beginner or advanced) for you to start with.

There are a number of other unique experiences to be had in Whistler as well. Whistler Heli-Skiing provides access to pristine backcountry landscapes while adventures through Extremely Canadian include technical steep skiing clinics plus lessons on avalanche training and mountain awareness. Plus, a local Ski With an Olympian campaign gives amateur athletes the chance to hear stories from a professional skier while also getting a lesson from him or her.

After a two-year hiatus, Steeps Grill & Wine Bar has reopened, remaining one of the top local, full-service restaurants. The contemporary cuisine is distinctly Canadian, giving it an authentic feel. Still other restaurants, like Glacier Creek Lodge and Crystal Hut, have revamped menus to enjoy as well.

Outside of the Whistler Blackcomb resort, a number of new restaurants are opening this winter, too. G.O.A., an Indian pop-up, pays homage to the chef’s childhood experiences, namely his time spent cooking at home with his family, through Jan. 8, 2023. Fine dining eatery Wild Blue Restaurant & Bar highlights sustainable seafood and other local ingredients, with a raw bar and open kitchen, while Thai restaurant Barn Nork is open after a renovation as well.

In the world of hospitality, Four Seasons Resort and Residences Whistler started renovations earlier this year to make the accommodations even more luxurious. Also at the beginning of 2022, Fairmont Chateau Whistler completed a renovation project and the spa at Whistler opened with wellness services galore.

Whether you’re out on the ice skating, trying dog sledding or winter zip lining, Whistler is a winter wonderland that brings people together to create lasting memories. 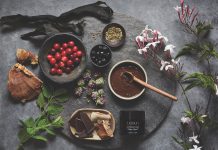 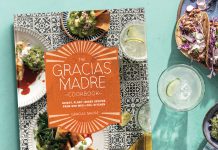 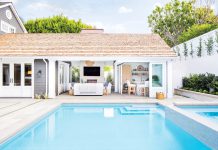