Touted as one of the leading lifestyle movie showcases in the country, the Newport Beach Film Festival has announced its return to an in-person format for 2021. The festival went virtual in 2020, during the COVID-19 pandemic, as a way to continue to bring traditional and modern filmmaking to Orange County.

“Last year, we were less than a month away from the event when we—as well as the rest of the state of California—had to shut down, which was devastating to the film festival,” says Gregg Schwenk, festival co-founder. “As a smaller, arts nonprofit, we had already invested a great deal of capital into the festival, and we couldn’t get that back.

“Through support of the Irvine Co., Fashion Island and the city of Newport Beach, we were able to add a drive-in component to the festival, as well as a virtual film festival aspect, which was extremely well-received and touched a large span of audience[s] throughout California, the rest of the United States and beyond.”

Usually held in the spring, this year’s festival will run from Oct. 21-28 and is expected to go all out with world premieres, filmmaker Q&As, after-parties and other special events throughout the week. The opening night will feature a red carpet premiere screening and an entertainment-filled outdoor gala at Fashion Island with a hosted bar by Tito’s Handmade Vodka and culinary tastings from OC’s top restaurants. The opening and closing night films will be announced Oct. 1, which is also when tickets for screenings and events go on sale at newportbeachfilmfest.com.

Schwenk says this year the festival will be working with state and local agencies to adhere to the rapidly changing COVID-19 guidelines issued by the Centers for Disease Control and Prevention. Organizers will also be working with all of the event partners to ensure best practices are in place so that everyone in attendance feels safe and remains healthy.

When Schwenk and co-founder Todd Quartararo started the festival 22 years ago, they realized Newport Beach would be the perfect backdrop for their international film festival. Citing their deep connection to the community, as well as its proximity to Hollywood, Newport boasts a range of venues and provides an ideal setting for this kind of experience.

“We’re exceptionally proud of being a springboard for young and emerging talent, and also to be able to shine a spotlight on the rich diversity of Southern California,” Schwenk says. “The multiple international screenings that we host throughout the festival are really a testament to the diversity of Southern California and the rich storytelling that comes from around the world.

“As far as 2021 is concerned, we’re looking at this as our renaissance—our time to celebrate not only the film festival, but also the arts in general here in Orange County. The Newport Beach Film Festival is going to redouble its efforts to engage with the artistic community in all of its forms to offer that opportunity to celebrate the reemergence of the arts in Newport Beach and Orange County.”

Over the years, the film festival has grown steadily with a wide range of categories from full-length features to shorts, documentaries, international spotlights and even a youth film showcase. In 2019, the event included 58,000 participants and 55 countries were represented, producing a culturally diverse experience for all involved. That year, more than 350 films were screened, which made the Newport Beach Film Festival the largest festival of its kind in coastal Southern California. Then, 255 films were screened virtually in 2020, making it one of the larger festivals on this type of platform.

As plans come together for this year’s festival, the lineup of films is still being finalized, but Schwenk says the number will approach the 250 mark. “We are very excited to be back this year,” he says.

Notably, because the festival is taking place during award season, several films screened at the festival will likely be considered contenders for Oscars or Golden Globes. And, Schwenk points out, with Hollywood not too far away, there are a large number of OC-based members of the Academy of Motion Picture Arts and Sciences and Screen Actors Guild-American Federation of Television and Radio Artists. “[This] makes us uniquely positioned to screen films that will then go on to, hopefully, receive accolades from the major guilds,” he says.

The festival practices great care when choosing the films that will be screened, and the final number depends on the support from sponsors and donors. Schwenk explains the selection process is rigorous, and the programming team reviews each submission multiple times before a decision is made for inclusion, which is based on the story, editing, directing, cinematography and more.

One of the films to be shown is “Set!” by Scott Gawlik, who serves as producer, director and editor. Several projects he’s been involved with have been nominated for Daytime Emmy Awards including “A Little Help With Carol Burnett” (Netflix). Also known for his work on “Todd Glass: Act Happy” (Netflix) and “Dave Attell: Road Work” (Comedy Central), Gawlik has been working professionally in TV and film for the last 15 years, but “Set!” is his first “soup to nuts” feature film as a director. The film details highly competitive group of table-setters who are vying for the Best of Show ribbon at the OC Fair and digs deeper into the extent that a hobby can become a passion and provide a purpose.

Gawlik’s inspiration for the film came after a visit to the fair for a day of fun. After indulging in the venue’s food and drinks, he visited exhibits inside the buildings to enjoy the air-conditioning and noticed the competitive table-setting competition.

“I started looking around at the displays and the awards, and I was immediately agreeing or disagreeing with the judges’ remarks,” Gawlik explains. “All of a sudden, I cared about table settings, and everyone else in the room with me was having the same experience.”

The screening at the Newport Beach Film Festival may be the West Coast premiere of the film (details are still being finalized) and the post-screening Q&A with Gawlik and the cast will be moderated by a special celebrity guest. “Set!” has already been picked up by Discovery+ and will be viewable on that streaming platform later this year.

“This film festival is such a great place for this film to be shown because it takes place in Orange County,” Gawlik says. “Everyone from the movie is going to come celebrate the film that night and celebrate its release.”

As Schwenk says, there’s something about having that shared experience of watching a movie in a theater together. “We all enjoy the streaming services available to us, but there’s nothing that can replace being in a theater with an audience,” Schwenk says.

“At the Newport Beach Film Festival,” he continues, “you have the opportunity to watch the production with the people in front of and behind the camera. Then, the audience also has the opportunity to ask the creators questions, which takes the usual passive experience of a movie and makes it very active.” 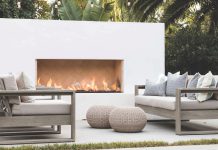