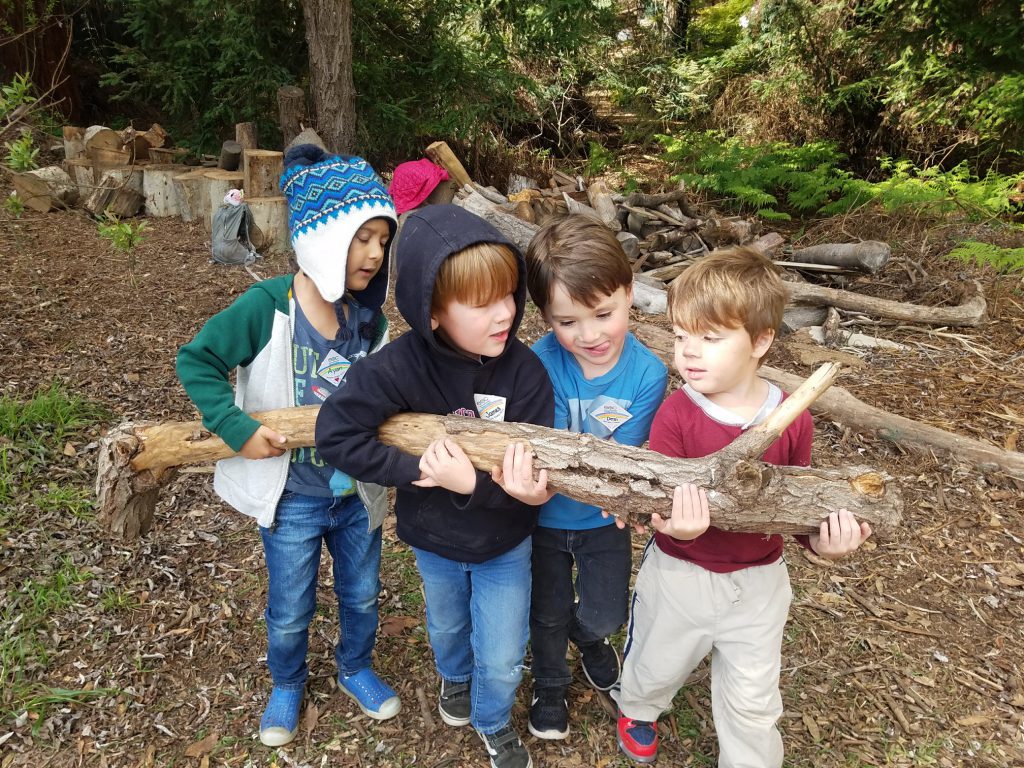 The Environmental Nature Center will soon start construction of a preschool where classes will be based outside, encouraging creative play and immersive learning.

Although Newport Beach is home to some gorgeous stretches of coastline, there are few natural areas available to explorers, young and old. Whether because of the city’s big-ticket property values or due to the natural hustle and bustle of our suburban sprawl, there seem to be fewer opportunities for locals to get outdoors in Orange County.

Since 1972, the Environmental Nature Center has been working to change that, offering a 5-acre property complete with walking trails, waterfalls and 15 different native ecosystems in addition to a LEED-certified sustainable learning center with educational exhibits. Now, at long last, the nonprofit is preparing to launch the first nature preschool in Orange County.

The center already hosts community events and nature camps that draw students from all over the region, but the forthcoming preschool’s director, Sue Bierlich, says that they hope to further inspire learning and exploration—and rekindle a connection with the outdoors—by opening the preschool.

“Some kids came in [to the center] and a couple of them told me they were scared,” she says, “because they didn’t know what they would see out here in nature—because they hadn’t been in an environment like that. And that was sort of an astounding concept to me. Preschool children are naturally curious about the outdoor environment but what we’re finding is they’re not spending time outdoors, so it’s becoming less and less familiar and intuitive to them. So we want to change that.” 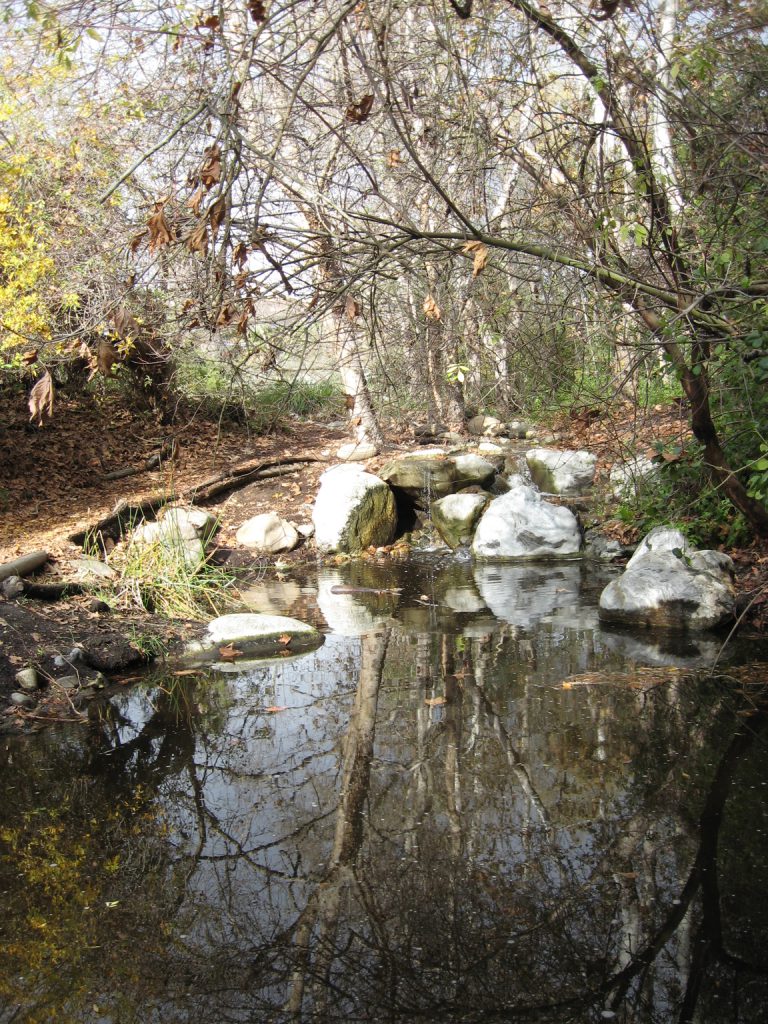 History in the Making

The center’s Executive Director, Bo Glover, was passionate about the outdoors long before landing at the ENC in the early 1990s. He spent his early days playing outside, told not to come home until the sun set and the streetlights turned on. Once he was older, his love for nature manifested in different ways, leading him to spend time guiding educational tours, building trails and restoring native habitats.

Once he arrived in California from Pennsylvania, it only took a few years before Glover was named the center’s executive director, a position he has held for more than two decades. And, although the programs at the ENC gave him the freedom to inspire a passion for the natural world in local youth, he yearned to have a bigger impact, first dreaming up the nature preschool about a decade ago.

“At that time, we didn’t have the opportunity—we didn’t have the physical space to actually build a preschool,” he explains. Despite the lack of space, Glover continued to visit similar campuses across the globe as the president of the Association of Nature Center Administrators. “I saw the impact that these schools were having on the organization, on the children that were enrolled there,” he says, “and I knew that that was something our community needed here in Newport Beach.”

Drawing inspiration from these schools, located in places like Wisconsin, New Hampshire, Michigan and Maryland, Glover was able to move forward with his vision after the ENC purchased an adjacent plot of land in 2012. After years of planning and fundraising, a groundbreaking ceremony was finally held four months ago, in February, and construction will begin in the coming weeks.

While Glover estimates that the project will take about a year to complete, he says the plan is to hold a soft opening next spring or summer, with the preschool fully operational by fall 2019.

“What I’m … most excited about is not necessarily the building, it’s the rest of the land that goes along with it. Because these kids will be spending the majority of their day in the outdoors,” Glover says. “And to actually see that first day of school, when those kids come out and they’re actually enrolled in the program—[that] will be a very exciting day here.” 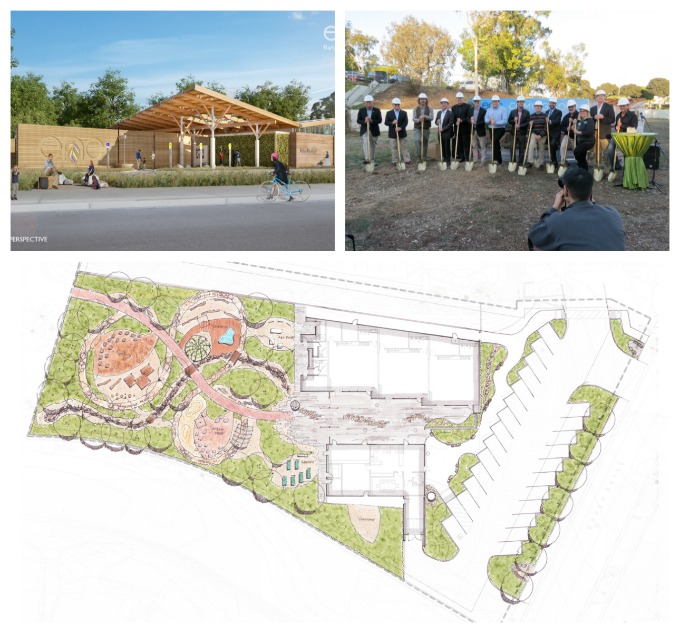 The Lay of the Land

While the ENC hopes to earn an additional LEED certification—which stands for Leadership in Energy and Environmental Design, based on a rating system used by the U.S. Green Building Council—for its new preschool building, the real focus will be on the three outdoor classrooms that will accompany the structure. Each will be named after one of California’s national parks—Joshua Tree, Sequoia and Yosemite—and will contain areas made of concrete, decomposed granite and native plants, giving the children the chance to learn about these important ecosystems as well.

“They’ll have tracks in the concrete of animals [found in the parks], and the kids’ [indoor] classrooms are going to be named after the animals we would find in those areas as well, so that it’s interrelated,” Bierlich explains. “So the teachers might pick the owls or the coyotes or the foxes.”

While in these outdoor classroom settings, children will experience many of the same things they would indoors. Bierlich says the school plans to design specific areas oriented toward music, art, building, sensory learning and more, in addition to animal areas, bridges, stages and even mud pits.

The preschool curriculum, which Bierlich is helping to create, is aimed at 2- to 5-year-olds, and includes an inherent paradigm shift and new ways of thinking. “Our belief is that everything that can be done indoors can be emulated in an outdoor environment,” she notes, adding that students will spend 70 to 80 percent of their days outside. “… The materials will be very similar to what’s inside, but when you’re outside, there is an extension of them because you typically have more space so you can do bigger, you can do broader [and] there’s more variety.”

One example that Bierlich offers is playing with blocks. She explains that, indoors, children build something in a particular area then, once time is up, they clean it up and move on to the next activity. “Well, what happens when you don’t have to clean it up?” she queries. “That’s what … the outdoor environment can allow us to do. It can make this space a starting point, but where they go with it could be sort of an endless proposition. … They’re deeper thinkers when they do that. They’re problem solving more.” 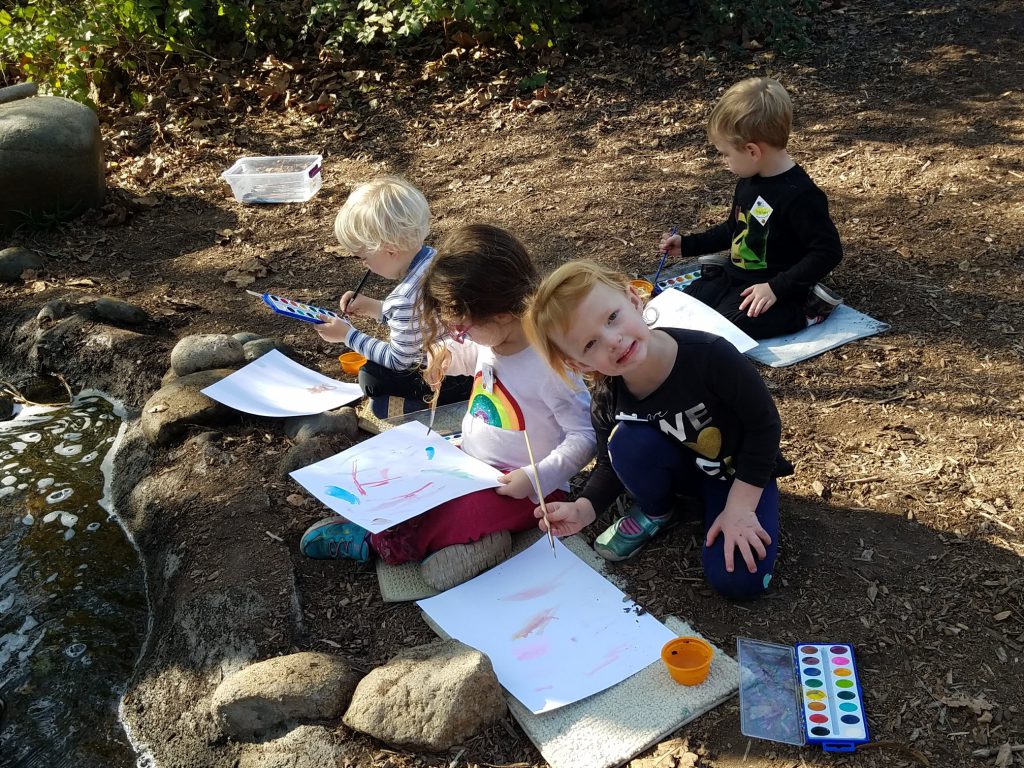 While the opening is still at least a year off, the local community is already buzzing with excitement. Notably, there are more than 800 families on the school’s interest list. With only 72 spots available, many are likely to be disappointed, but Glover says they have yet to determine how they will narrow it down. Though the preschool will be located on the ENC campus in Newport, students from all over the region are welcome to enroll.

While the concept of a nature preschool may seem foreign to many Orange County parents, Bierlich says students are sure to benefit from this type of learning environment. “If you provide the materials and the background and you’re a good facilitator, children are going to be able to self-discover and their own learning is created from that,” she explains. “It’s not something that’s scripted. It’s deeper than any set agenda that a teacher has for what a child is going to learn.”

Glover agrees, noting that the list of benefits stemming from outdoor learning go on and on. “The studies show advanced motor skills, better coordination, balance and agility,” he says. “They’re going to have emotional benefits; nature kind of buffers life’s stresses. It aids in their creativity and developing their imagination. They’ll have social benefits [and] more imaginative play, fostering language skills and collaborative skills. They’ll have academic benefits as well—thinking more creatively, improved awareness and reasoning.”

And while the students will definitely be affected, Glover says that he hopes they will pass on their passion for nature to future generations as well. “I think the impact that we’re going to have, not just on the community, but societally, will be tremendous. … I go back to us kind of being that model for how we can do things a little bit differently and just a little bit better, and have a bigger impact on the future. Not just of this community but of our planet.”

Though the ENC recently hosted one of its biggest fundraisers of the year, the Summer Soiree, on June 9, its appeal for funds continues, as the center still needs to raise about half of the $10 million cost to complete the preschool. Visit encenter.org/donate to contribute.