With more than 24 years in the culinary industry, Executive Pastry Chef Lee Smith’s knowledge and passion shines through in the gorgeously crafted pastry concepts served at Montage Laguna Beach. Head of a team of bakers, chocolatiers and pastry chefs, Smith is responsible for everything from the sweets served at the resort’s restaurants to grand presentations for catering and conference services.

Fortunately, his prolific career and travels have landed him in Orange County, and he’ll share his global perspective with the attendees of the Newport Beach Wine & Food Festival at the Grand Tasting Pavilion on Oct. 4. Smith spoke to Newport Beach Magazine in preparation for the event, and divulged some of his culinary expertise and secrets. 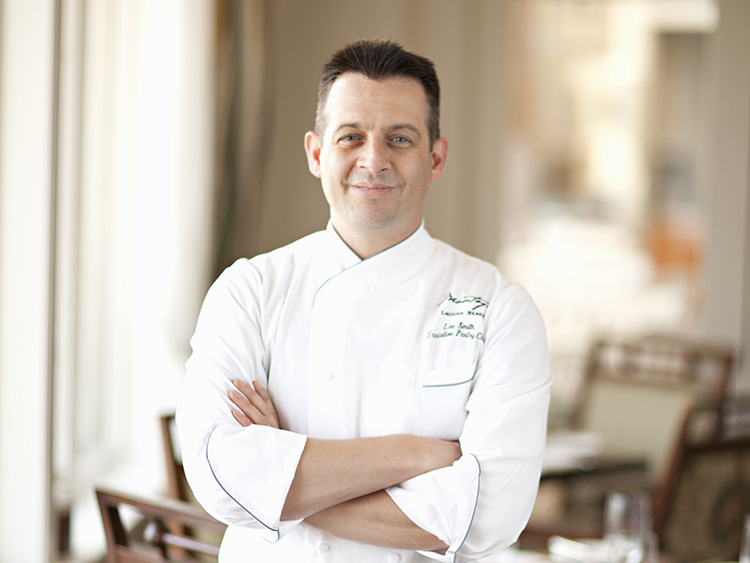 What’s one culinary secret that you can let readers in on?

Add a little citric acid to fruit dishes; it enhances the natural nuances of the fruit sometimes lost in cooking.

Salted caramel ice cream, which I eat by the pint

Name one famous figure you’d most like to cook for.

What’s the most important meal of the day (to you)?

When I’m working, it is for sure breakfast. I make my own protein-packed shakes with lots of fresh fruits, which sets me up for a great start of the day with lots of energy. Normally I will not feel hungry again until around 2 p.m. I am a great believer that you get most of your work done in the first four hours.

What lesson from culinary school have you applied to life?

As a pastry chef, the precision, discipline and attention to detail learned at culinary school have been invaluable to me.