If you ask longtime locals, they’ll tell you entertainment in Las Vegas is cyclical. Twenty years ago, magic captivated travelers’ attentions with sleight of hand tricks and mind-bending illusions on a grandiose scale. Ten years ago, Cirque du Soleil came to the forefront with performances like “O” at Bellagio, “Ka” at MGM Grand and “The Beatles Love” at The Mirage. But, today, the times are shifting again and the city is throwing back to an older era—one where live music residencies draw thousands on a nightly basis.

On your next trip to Sin City, let loose in style with a meal at one of the Strip’s new restaurants, followed by an evening of musical entertainment. Here are two ways to enjoy dinner and a show in Las Vegas.

The Venetian and Palazzo

Where to Dine: Opened in January this year, Yardbird Southern Table & Bar hails from tropical Miami but brings Southern comfort to the desert. Tucked away in the hotels’ shared Restaurant Row, the eatery offers a warm, welcoming embrace in the form of hearty fare and generous servings. The blackberry bourbon lemonade is a guest favorite for good reason, packing a tart but sweet punch in a Mason jar filled to the brim with Buffalo Trace bourbon, fruit puree, cardamom and Angostura bitters. If cocktails and hand-carved specialty ice don’t whet your whistle, try a brew from the all-American list or one of more than 100 different types of whiskey.

When it comes to food, there’s also a lot to choose from, but don’t miss Lewellyn’s fried chicken—it’s made using a recipe passed down from the owner’s grandmother. Brined for 27 hours, the bird is full of flavor and each bite is juicy and tender, all accented by a crispy skin. Three other types of chicken are offered, in addition to plates of ribs, shrimp and grits and short rib and grits, salads, and “quick bites” such as bone marrow with country bread, deviled eggs and pickles.

What to Watch: The Venetian has been introducing hotel guests and visitors to mini residencies from acclaimed performers such as Diana Ross and  Wynonna and Naomi Judd—this winter, another musical legend takes the stage starting Jan. 8, 2016. Former Creedence Clearwater Revival frontman John Fogerty is stopping by the Venetian Theatre for an eight-show residency, where he’s expected to play iconic CCR songs as well as solo hits, all celebrating the music and culture of the 1960s; the show is an expanded version of his 1969 tour. Tickets can be purchased online or by calling 702-414-9000.

Where to Dine: The Miracle Mile Shops at Planet Hollywood Resort & Casino have provided visitors plenty of dining options, with many eateries spanning a wide range of cuisine types. The shops’ developer is building out the Harmon Avenue retail center offerings, recently adding the 7,200-square-foot Buffalo Wild Wings in October. The 60,000-square-foot area on the shops’ south end will also host the proposed Texas Land & Cattle Steakhouse, a restaurant inspired by the large portions of Texas ranch-style dining.

What to Watch: Britney Spears has been the talk of the town for thanks to her residency at Planet Hollywood—she even received the keys to the Strip back in 2014. It was recently announced that her show will run for at least two more years, through December 2017. The high-energy “Piece of Me” spans her prolific career, offering reimaginings of classic hits like “Toxic” and “Baby One More Time,” as well as newer songs such as “Womanizer” and “Pretty Girls.” Before the end of 2015, you can catch her show Dec. 27, 28, 30 and 31, as well as Jan. 2 and 3, 2016. Dates are also scheduled for February and April shows.

In between Spears’ shows, Jennifer Lopez is making her headline residency debut Jan 20 at the Axis theater in Planet Hollywood. “All I Have” will feature dance numbers, Latin flair and stripped-down ballads in a show with dates in January, February, May and June 2016. 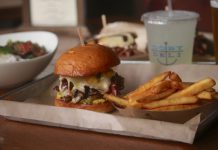 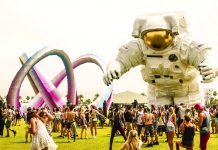 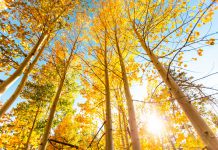