Local eateries join the debate over a recent movement to eliminate gratuity at restaurants.

Last fall, renowned restaurateur Danny Meyer announced that all 13 of his New York eateries under the Union Square Hospitality Group, including The Modern fine-dining establishment, which was awarded a second Michelin star last year, and popular farm to-table restaurant Gramercy Tavern, would eliminate tipping gradually through 2016. The move sparked a national debate that has reached Orange County: While some have tried the approach, not everyone is eager to restructure the traditional restaurant framework.

The no-tipping policy was initiated to create a more balanced compensation model among restaurant employees—specifically, between front-of house staff such as servers and bussers, who collect much of their earnings through tips, and back-of-house staff such as cooks and dishwashers, who receive only an hourly wage. 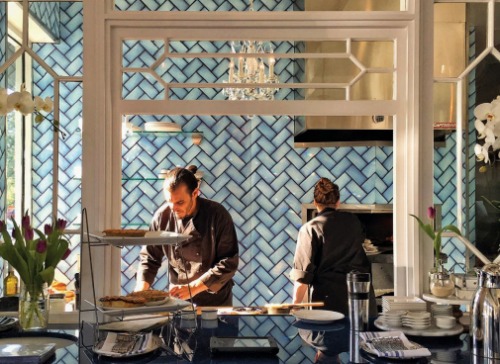 While tipped restaurant employees like bartenders and servers have no ceiling when it comes to their earning potential, workers who are paid by the hour, on the other hand, can count only on their paycheck. Until recently, the pay inequity between tipped and untipped employees had largely gone unquestioned; it was simply the way of the restaurant world.

When tips are eliminated, in order to offset the front-of-house employees’ loss of gratuity and create a pay structure that’s fair to all workers, restaurant owners must raise paychecks of previously tipped employees. To do so, and stay afloat, restaurants that experiment with the new model also raise menu prices.

This spring, when Restaurant Marin opened at Costa Mesa’s South Coast Collection, owners Marín Howarth von Blöm and her husband, chef Noah von Blöm, introduced a no-tipping policy at the new establishment and at its sister restaurant, Arc Food & Libations (also at SoCo), before returning to a traditional tipping system in June. But for those few months, the eateries tried the approach that Howarth von Blöm calls “European-style service,” which means that hospitality is included in all menu pricing. At Arc, for example, prices increased by 20 percent; of course, that was the final cost with no tips added at the end of the meal.

“We aim to promote and reward our dedicated service professionals, creating a path of growth and opportunity,” Howarth von Blöm said after tips were halted. “Hospitality included ensures each team member’s commitment to excellence in service and to our valued guests, providing a seamless and memorable experience. For many of our loyal guests, this has come as a welcome change. For some others, having never experienced this in Orange County, it will take some getting used to, and we understand that.”

However, the owners ultimately decided to rescind the hospitality-included approach. “We will go back to standard menu pricing at both restaurants, with guest tipping appreciated for all service staff,” Howarth von Blöm said in a statement announcing the change back to tipping.

“If we could afford to keep the restaurant open based on principle, we would. But, in the restaurant industry, every diner matters. We do not feel like we are wrong in our approach, but we are one restaurant in a sea of … dining outlets in the county, and to effectively instill change, it will take more than one restaurant to be at the forefront of the movement.

“People will say that our ‘experiment’ didn’t work, but we are happy that we were able to make people aware and get people talking about the future of the restaurant industry,” she said in the statement. “With its slim margins, we do worry about the future of our beloved restaurant industry and culinary culture as we look at minimum wage increases and labor shortages for non-tipped positions. We can’t afford to be ahead of the curve right now.”

This wasn’t the first place in which the practice didn’t work. Houston-based Joe’s Crab Shack, a national chain with a Newport Beach location, tested the no-tip model starting last year in a handful of its restaurants across the country. However, the company abandoned the notion after only a few months.

Other restaurant owners have resisted the no-tipping approach based on principle. “First of all, tips are optional,” says Amar Santana, executive chef and partner at Vaca in Costa Mesa and Broadway by Amar Santana in Laguna Beach.

“That’s what drives the server to do a better job at delivering a great service. Second, increasing food and beverage prices would decrease sales, from what we’ve heard from others who already implemented the no-tipping policy. Third, your best servers will leave in search for higher income.

Overall, good business practice and delivering a good product—in our case, food, beverage and service—will give us a chance to jump any obstacles that come our way, we hope.”

Only time will tell whether more eateries will embrace the no-tipping concept or if it’s merely a passing fad. Restaurant guests across the country will help settle the debate with their dining dollar—by either patronizing places where tipping is still customary or choosing restaurants where the menu prices are higher, but additional gratuity is not required. 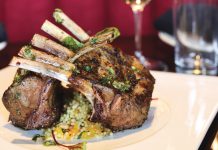 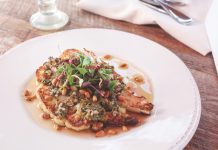