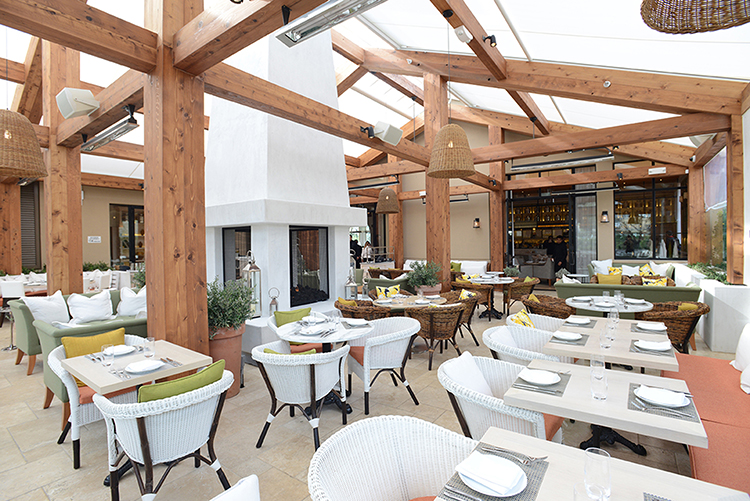 To step into the outdoor dining space at Fashion Island’s Fig & Olive is to be transported to the French Riviera at the California coast—and intentionally so. “Every detail was meant to authentically replicate a Riviera oasis in Newport Beach,” says Fig & Olive founder Laurent Halasz. “It felt more like designing a home than a restaurant.”

Halasz—who grew up in the south of France in the hilltop village of Mougins—was inspired by the villas found throughout the olive-producing region, where the outdoors are widely embraced. With this in mind, he designed Fig & Olive with the desire to draw the focus out.

An immense white stone fireplace anchors the expansive patio, which features retractable canopies overhead. Woven wicker chairs and white wooden benches are topped with pleasing green cushions, a color palette Halasz chose because of the inviting atmosphere it creates. The structure of the patio itself is composed of staunch wooden beams evocative of a mountain cabin, lending a sense of a residential coziness to the space. 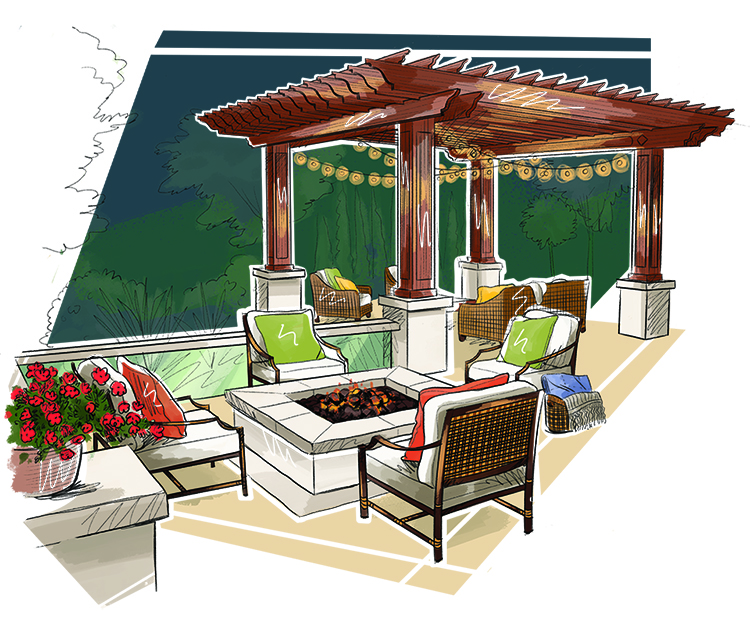 Bringing the feeling of this regal place home can be accomplished through a variety of mediums. The use of tranquil colors and cozy fabrics against crisp, clean lines is an aesthetic that hearkens back to the French sense of design that so inspired Halasz. A wooden pergola can anchor an outdoor dining area, giving structure and definition to the space while adding the warmth and richness of wood that mimics Fig & Olive’s patio. Bring flames into the equation with a centralized outdoor fire pit that can serve as a gathering area for drinks and conversation.

“The nice thing is this type of design ages well,” Halasz says. “It is not a fad. It is a design that respects both tradition and modernity. It is timeless.”