The restaurant scene in Newport Beach is teeming with up-and-coming culinary stars who sharpen their knife skills at one eatery before moving on to the next as they build their careers. Along the way—either by working with other chefs or eating at their restaurants—they often inspire one another. Here, six talented chefs share a few words about the local epicurean experts they admire most. 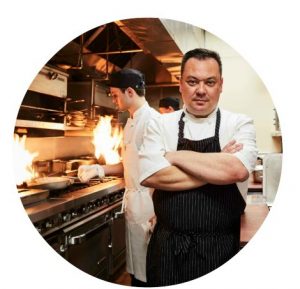 “The goal of anything I make is to let the quality of the ingredients speak for themselves, while trying to create balance between all individual elements,” says Steve Kling, executive chef at Five Crowns and SideDoor in Corona del Mar (CdM). The Southern California native discovered his passion for cooking while watching both of his grandmothers prepare Southern American and Filipino dishes. He brings his experience as executive chef at the now-closed Kado Sushi, Teppan and Lounge in LA and other top dining spots to the elegant dishes he creates at Five Crowns.

A local chef who Kling finds inspiring is Rich Mead of Farmhouse at Roger’s Gardens, set to open this summer at the popular garden store and landscape design center in CdM.

“He was doing farm-to-table cuisine before that phrase was coined,” Kling says. 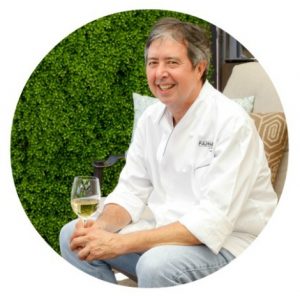 Rich Mead, the culinary “sage” behind eateries such as Newport’s now-closed Sage restaurants, has spent 35 years focused on cooking with simplicity and the freshest ingredients. At outdoor bistro Farmhouse at Roger’s Gardens, which Mead plans to open in August, he will offer a menu crafted from seasonal produce.

“I am really excited about veggies and the role they are taking on the plate,” he says.

“Throughout the years, he has had a commitment to [a] really good product and is a very creative person,” Mead says. “He has done what he does for such a long time at such a high level. We have done little dinners together and I really enjoy his food and working with him.” 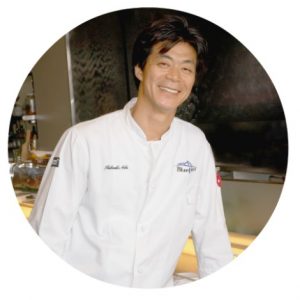 Originality melds with the finest and freshest of ingredients at chef Takashi Abe’s Bluefin Japanese restaurant in Crystal Cove Shopping Center. Widely acclaimed for his sushi—the restaurant has an extensive list—Abe also brings his creative talent to hot dishes, such as his signature halibut carpaccio in ponzu sauce, and the Chilean sea bass and foie gras served with truffle oil butter that’s dusted with flakes of real gold. The careful and creative combination of Japanese and European influences in his dishes has further cemented Abe’s place in Newport’s dining scene.

“Chef Alessandro of Pirozzi in Corona del Mar is a very famous chef,” Abe says. “He is very successful and … a friend.” 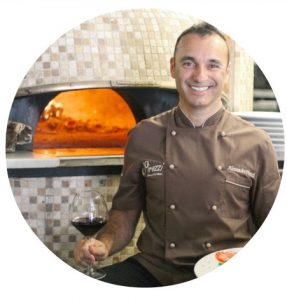 When Alessandro Pirozzi came to the U.S., chef Franco Barone of Il Barone was there to help him get established. Barone even cosigned a loan so Pirozzi could buy a car.

“I knew him from my first day in America when I did not know anyone,” Pirozzi says. “He was not only a true friend, but a great chef. We both [have come] a long way from [those old days], but I never forget who helped me in my life. And for that, I admire him.”

Pirozzi—who was born in Naples, Italy, and learned the ins and outs of cooking from his grandmother—has indeed come a long way since he first landed on Southern California’s shores. In addition to Pirozzi Corona del Mar, which he opened in 2014 with an authentic Italian wood-burning pizza oven, the chef also brings his handcrafted family recipes to the award-winning Mare Laguna Beach and Alessa Laguna Beach. 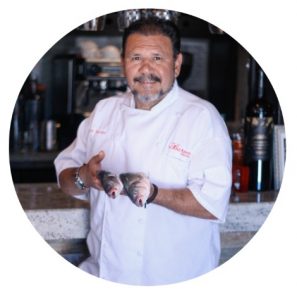 “He is a true chef from the old days,” Barone says. “I admire the way he works and the way he approaches the food. I am not one of those new chefs, and he has the same style I do. I have worked with him at charity events and admire how he presents the food and brings out the different tastes.” 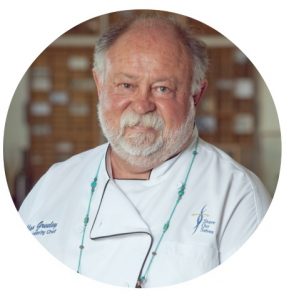 “With a name like The Golden Truffle I don’t have to be Italian or French or Chinese,” says chef Alan Greeley, about his restaurant just over the Newport border. “I can be all of them or none of them. I don’t really have to adhere to [a style]. I am kind of inspired by the weather and [ingredients].”

What Greeley does adhere to is a policy of always finding the best ingredients for the dishes on his menu, which changes daily.

“I say to my meat or seafood or produce guy, sell me the best stuff,” says Greeley, who has been in the food service business for more than 30 years, starting as a caterer. If sardines are coming in from the Mediterranean, they may be on that day’s lineup. Or, when he heard his meat vendor had a whole goat available, goat graced the menu.

While the dishes on Greeley’s menu channel various countries and regions, he admires a Newport Beach chef known for his family-style Italian cooking.

“Alessandro Pirozzi is a good buddy,” Greeley says. “He is a hard worker, he can cook and he is a good guy.”