A surge in new boutiques invites locals to spring into the new season with a wardrobe makeover.

Despite months of closures—some temporary, some not—with in-store browsing replaced by online orders and curbside pickups during the COVID-19 pandemic, not to mention a wave of new coronavirus variants and mask mandates, business appears to be booming again in the region. Between shopping meccas Fashion Island and South Coast Plaza, dozens of stores and eateries have emerged in Orange County over the past year—with many more on the horizon—beckoning locals to come shop in person and ease back into a sense of somewhat normal times. Here, we take a peek at some of the boutiques that have been popping up and where to go on your next spree.

One of the coolest boutiques to emerge at Fashion Island opened in the middle of the pandemic, but it’s worth mentioning since you probably weren’t circulating in public at the time. Specializing in dressed-down luxury for guys, Shinobi Menswear “curates collections according to what we think James Bond would wear on his day off,” says co-founder Asher Goldenberg. The interior is as cool as the clothes this shop carries from brands like Orlebar Brown, Halsey 44 and Unofuku. “[This] is the perfect location for us—a luxury destination for a luxury lifestyle brand,” Goldenberg adds.

Elsewhere in OC’s favorite open-air mall, these companies all set up shop: boho apparel brand Free People, men’s activewear brand Leorêver—made nearby at Leorêver Atelier in Huntington Beach—Madison Reed Hair Color Bar, Banter & Bliss Candle Co. (buy a candle or learn to make one at a workshop), Paired Up (apparel, sneakers and accessories) and Bella & Canvas (focuses on premium clothing basics made with buttery soft fabric in an eco-friendly way).

And Leap, a platform that develops retail spaces in concert with a brand’s e-commerce at reduced cost and risk, opened ThirdLove and Something Navy stores in recent months, offering a mix of loungewear and streetwear for women and children. At the former, find your perfect fit for all undergarments (top to bottom, athletic to racy), then curate a collection to match an entire wardrobe. Something Navy brings all the best basics and frills in apparel and accessories from such brands as Cami NYC, En Saison and Alexa Leigh, plus a posh maternity line and Mommy and Me department. A store called UpWest has also opened at Fashion Island, specializing in stylish comfort for all genders as well as home goods and an emphasis on sustainability.

Meanwhile, loyal followers of Levi Strauss & Co. have heard whispers of a new opening since 2020 and it finally arrived this past fall. The iconic denim brand’s NextGen store aims to offer more than just transactions, says marketing manager Aneesh Singh. “[It’s] about an experience,” he says. In addition to current collections, shoppers can connect with in-store stylists and even visit a tailor shop to custom-design their own denim with patches, colored rivets and other fun elements.

Just across the way, Evereve opened in August. The store marries myriad styles under one roof, carrying well-known brands like Hudson, Kenneth Cole and Z Supply, apparel from its own label and a large number of items that are exclusively available at Evereve. From classic cardigans to gauzy pieces perfect for the beach, the collection includes everything from the conservative to the bohemian. Sprinkle in fun, feminine jewelry and your wardrobe is covered. The company was founded by a husband-wife team Megan and Mike Tamte after Megan, as a new mom shopping for clothes, found herself overwhelmed in a dressing room with no help to find items that would both fit her new body and make her feel great. But Evereve isn’t only for moms, with stylish, modern clothing that appeals to a wide range of ages and lifestyles.

Over in the Nordstrom wing, boasting comfort and versatility for all athletes, sustainable performance-apparel brand Vuori—which debuted this past fall after a temporary pop-up in 2019—is perfectly placed near notable neighbors SoulCycle, CorePower Yoga and Peloton. Fabletics, known for its leggings and other activewear, also opened in this area. Ready to retire your workout gear after wearing it daily during multiple quarantines? Before your next sweat session, try on new essentials designed to help you move and wick away moisture.

Nearby, men’s high-performance activewear brand Rhone arrived at the mall in November. An open floor plan was intended to help shoppers browse with ease and purpose, while each season’s selection is curated with “the OC shopper in mind.” A hospitality area serving Super Coffee, sparkling and still water, and healthy bites enhances the experience. “[It’s] designed to invite shoppers into a community, not just a store,” says senior vice president of communications Marisa Grimshaw, noting that since the brand is centered around both physical and mental health and wellness, the retail stores are a destination for running clubs, in-store workouts, speaker panels and shopping events to raise money for organizations in the area.

Not far away, Offline by Aerie will soon have a new retail space—slated to open March 10—with features that encourage shoppers to move. For example, visitors will find a custom ping-pong table and a ballet bar in the fitting room, where they can try on the leggings, bike shorts and sports bras.

Adding to the athleisure trend sweeping Fashion Island (and the country), Alo Yoga also started welcoming shoppers at the end of 2021, “spreading mindful movement, inspiring wellness and creating community,” according to the brand. Find quality apparel and gear for all aspiring and experienced yogis and yoginis, plus connect with a like-minded community through events that may be hosted in the future; while this location doesn’t include a fitness studio, meditation and other mindfulness workshops may be offered outside as well as possible workout sessions in partnership with local gyms.

A brand called Rails, which blends Southern California lifestyle with a refined, European aesthetic, has also opened a boutique at the shopping center. Starting with a logo hat and hoodie, Rails found a new path through its unique fabric innovation that has since evolved into an extensive apparel collection for those who love travel and want to do it in comfort and style.

And, coming this year: Los Angeles-born brand Buck Mason—known for neutral basics that are effortlessly cool—is slated to open one of its largest locations in March, featuring its full collections for all genders, plus a burgeoning outdoor active line called Trail, says Jim Davis, the company’s chief customer officer. It’s also one of only three shops to house a vintage car.

Speaking of vehicles, Lucid Motors has opened a showroom at the mall, joining Lincoln, Lexus and Tesla, which already have spaces there. Focused on electric cars, the brand’s first edition is a luxury sedan called Lucid Air with an EPA-rated 520-mile range for some models. The Lucid studio allows visitors to check out the car up close, learn about the brand’s technology and full vehicle lineup and also use virtual reality to experience the full range of models and options, even personalizing the exterior color and interior finishes of Lucid Air.

More than 20 new international boutiques and restaurants were announced in September at South Coast Plaza, including several opened over the past year like the Fendi men’s shop, Louis Vuitton, Loewe, Mulberry, Reiss, Robin’s Jean, Thom Browne and YellowKorner, plus others that were expected in early 2022.

“There’s never been a better time at South Coast Plaza, as we continue to expand our collection of coveted brands from all over the world,” says Debra Gunn Downing, the shopping center’s spokeswoman, pointing in particular to four recent major openings.

With the addition of Buccellati, South Coast Plaza now houses the largest collection of fine jewelry and timepiece brands under one roof in the country, Downing points out. Located on the second floor in the Nordstrom wing, the Italian jeweler—which opened its first U.S. boutique in New York City in 1951—is known for “subtle yet highly distinctive style” and for creating “objects of rare beauty and of exceptional craftsmanship that evoke the glamour of the past while remaining relevant in the modern world,” according to the brand.

Audemars Piguet arrived in Costa Mesa this past fall, more than 140 years after its founding, with a 1,200-square-foot space inspired by its home in the Swiss Jura Mountains. Offering luxury timepieces for all genders, it’s the brand’s sole OC store and only the second in California. Best known for the Royal Oak wristwatch, Audemars Piguet features the latest arrivals at this shop including the collection’s new Offshore models and a women’s Frosted Gold Self-Winding version available with a light blue tapisserie dial for the first time.

Another Swiss luxury watchmaker, TAG Heuer, opened its first West Coast boutique on the second floor near Carousel Court. Having withstood the test of time since 1860, the brand offers seven impressive collections of chronograph watches. Indeed, TAG Heuer is known for several innovations over the years including the oscillating pinion for mechanical stopwatches in 1887, the Mikograph (a mechanical chronograph five times more accurate than all others) in 1916, and the first automatic-winding chronograph movement in 1969. With these advancements, TAG Heuer was named the official timekeeper for the most iconic sports competitions and was the first watch brand to sponsor the Formula One World Championship. Of course, the watches also look stylish, even if you’re not tracking a race.

Want a taste of something else that’s Swiss and delicious? Laderach artisanal chocolates, now also at South Coast Plaza, is sure to sweeten up any shopping excursion with choices like handmade pralines and truffles.

And, did you know that somewhere in the shopping center, the temperature is colder than the Swiss Alps, dropping to minus 10? That’s because premium outerwear brand Canada Goose opened its first permanent California store with a special Snow Room (a spinoff of its award-winning Cold Room), featuring Arctic-level coldness in which to put its coats to the test. Among them, find the eco-friendly Humanature collection (also the name of the company’s sustainability platform), promising to continue making quality apparel without harming the planet by using recycled fabrics fit for the most extreme conditions and setting a goal of carbon neutrality by 2025.

And even more shops are making news at South Coast Plaza this year with Hermès expected to open a bigger new location in early March and Jimmy Choo planning a redesigned boutique. At least three more fine jewelry shops are on the way, too, with luxury watch brands Tudor and Breitling headed to Carousel Court in addition to another that’s being kept under wraps for now, so shoppers can expect big news in coming months.

To stay fueled up while shopping, pop into one of these new cafes or restaurants.

South Coast Plaza also beckons foodies with myriad options that have emerged in recent months. The latest additions were Moulin, a Parisian-style cafe serving staples like pastries, sandwiches, salads, quiche and crepes, and Tableau Kitchen and Bar, offering brunch, dinner, cocktails, wine, beer and sangria. Boasting everything from avocado toast with a twist to avocado mousse for dessert, the menu does not disappoint. Looking only for a quick sip as you shop? Stop into Pressed juice bar for a—you guessed it—cold-pressed juice, plant-based snack or protein-packed smoothie, or the new Dripp coffee shop.

At the Bloomingdale’s end of South Coast Plaza, a new Collage Culinary Experience has opened as a kind of food hall with Bruxie,  Churriño, Cherubic, Egg LXIII, Le Shrimp Ramen, Mah Jong’s, Mochinut, Paradise Dynasty and PhoHolic, for those seeking lots of options in one place. 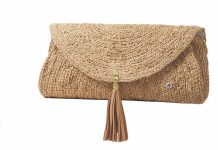 Honing In on Handbags 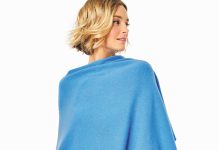 Nothing Neutral About It 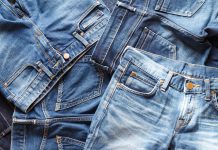