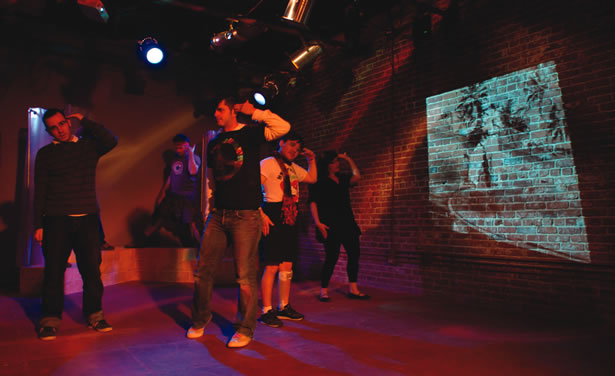 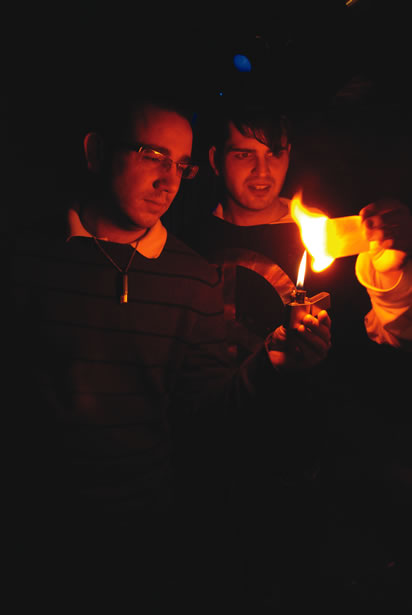 The strategy seems to be working. Last year, on average, about 65 percent of Studio SCR’s audiences had not attended an SCR production before, says producing associate Oanh Nguyen, who has closely nurtured the fledgling series. “We definitely are bringing in new audiences for SCR and for these arts groups,” says Oanh, who is also artistic director of Chance Theater in Anaheim Hills.

Although SCR is the 800-pound gorilla of Orange County theater, it has not influenced Monkey Wrench’s production of “pool,” according to Dave. The company’s production process itself is a bit unusual. Actors randomly draw strips of  dialogue from a hat and shape their characters around those lines. “It’s shocking—South Coast Repertory has given us free rein,” Dave teases.

Studio SCR also gives cash-strapped producing companies a welcome bit of pocket money. “The majority of the box office goes to the artists,” Oanh says. “We do keep a certain amount of money to cover most of our hard costs, but not even all of them.” Then there’s the launch pad factor—SCR’s national cachet attracts attention to all its productions on all its stages, so a Studio SCR run could help a small production gain wider notice. “In OC, South Coast Repertory is the shining light,” Dave says. “As my business partner, Monkey Wrench’s Production Director Bryan Jennings, says, ‘Now we’re on the mountaintop.’ ” (South Coast Repertory, 650 Town Center Dr., Costa Mesa; 714-708-5555; scr.org) NBM