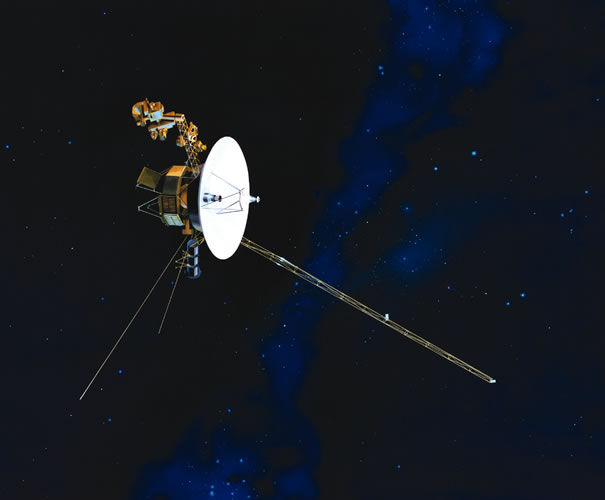 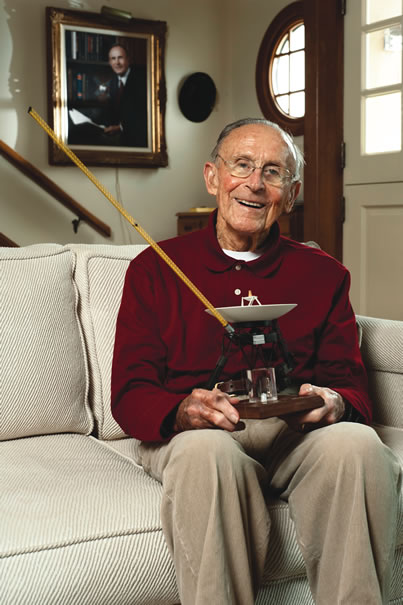 Few people in Newport Beach can remember when Balboa Island was still marshland. Bob Parks can. “This house has been in the family for three generations,” he says of his Balboa Island home, which sits on a bayside lot that his grandfather bought for $425. “There were sandbars out here on the bay. We used to go out and collect cockle shells.”

At 88 years old, Bob remembers a lot of history—like moving in with his grandparents after his father, an oil refinery worker, lost his job during the Great Depression, and repairing a radio for Humphrey Bogart when the movie star moored his boat in Newport Bay.

Bob’s treasured stories are noteworthy not only because he lived through so much of Newport’s history, but because he participated in much of America’s history during his long tenure with the Jet Propulsion Laboratory (JPL) in Pasadena, where he helped to launch some of the earliest spacecraft into outer space.

Like many men of his generation, Bob’s life and career were largely shaped by international politics, notably World War II and the Cold War. After graduating from Caltech in 1944, Bob joined the U.S. Army, which sent him to radar school at Harvard and MIT. Following the war, he served in Vienna, Austria, where he met his wife, Hanne, an Austrian native who was assigned to his unit as an interpreter. They were married and moved to California in 1947.

Bob joined JPL as an engineer that same year, when rockets were still experimental, and launching one out of the earth’s atmosphere was an impossible dream. By the time he retired 40 years later, however, Bob and his colleagues had not only sent a rocket into space, they also had conducted the world’s first spacecraft mission to another planet (Mariner 2), received the first close-up images of the moon (Ranger 7, 8, 9) and the first images of another planet’s surface taken by spacecraft (Mariner 4), and successfully launched the first spacecraft to orbit around another planet (Mariner 9) and to reach Mercury (Mariner 10).

The Space Race with the Russians—a competition that intensified following the launch of Sputnik in 1957—was a significant driver of JPL’s ambitions during the years Bob worked there. “The Russians wanted to demonstrate how they could be first in everything,” he explains. “The reaction to Sputnik caused the U.S. to take steps to try to catch up. That’s when NASA was formed.”

One of Bob’s most significant achievements at JPL was leadership of the Voyager Project, which launched two spacecraft in 1977 that remain in the sky today. The Voyager mission was designed to take advantage of a rare arrangement of the outer planets in the late 1970s and ’80s.

“We had a group at the lab whose specialty was calculating the orbits—where the spacecraft was headed,” Bob recalls. “It became very adept at understanding that you can actually use close fly-bys of one planetary body to change the course of the spacecraft. It turned out by coincidence the alignment of the planets was such that you could go to all the outer planets (Jupiter, Saturn, Uranus and Neptune) using this technique of flying by the previous one.” The fly-by of each planet bends the spacecraft’s flight path and increases its velocity enough to deliver it to the next destination.

Originally planned to last 10 years, the two Voyager spacecraft remain operable and are still sending back data today—more than 30 years after their launch. Bob retired from JPL in 1987, the same year that he and Hanne moved to Balboa Island. For years, they have enjoyed waterskiing and boating on the bay, cheering for USC football, playing tennis, folk dancing with a group in South Pasadena and driving the coast in Bob’s 1961 Porsche. Winters have been spent snow skiing in Utah, Colorado and California.

After a lifetime of experiences exploring the solar system’s farthest planets, today Bob spends most of his time close to home, taking walks on Balboa Island and enjoying the company of his wife, his sons and their families, who live nearby. After all, outer space is a cold, dark place and Newport Beach is nearly always warm and sunny. , 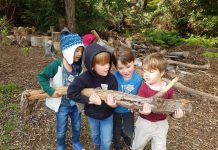 Learning in the Great Outdoors