For many, thinking of kickball instantly brings back childhood memories of days spent out on the playground, kicking and tossing that iconic red ball around the bases. For those seeking a bit of nostalgia, Beach City Sports in Newport Beach offers an adult rendition of this classic game, boasting a league for some play time after a day at work. Whether you approach the game with a competitive spirit or just want to have a ton of fun, there is a league for everyone. Here, Brooke Jreisat, owner and co-founder of Beach City Sports, talks about creating the ultimate adult playground

How can players prepare for a game of kickball through Beach City Sports?

We have two divisions: People can kind of choose if they want to take the more serious, competitive route or whether they just want to go and have fun, be with their friends, dress up and be silly. Our games are played on softball fields, so you’ll want to wear tennis shoes or cleats. Workout clothes are a must; I choose yoga pants. We provide team shirts, and each team is a different color so that you’re obviously distinguished out there on the field. And what we call our “pre-party division” will likely think of a [costume] theme every week.

Why do you think adult kickball has become popular recently?

Kickball is a new sport for us as of 2017 [but] we’ve actually sold out our first two seasons and doubled our capacity. I would just say it attracts this tribe of adults who are professionals during the day. ..… It’s a really fun way to go out and connect with other adults and not have to be so serious. … There’s also a nostalgic factor because kickball brings people back to their elementary school days. It’s also a large team sport: You’re going to have 16 to 18 of you out there hanging out in the dugout having fun and decompressing from your day at work, but you’re still doing something active.

Why do you think kickball is an important part of your sports roster?

It’s just fun. Beach City Sports’ tagline is, “Get in and get social,” and … our mission statement—it doesn’t even really mention sports—it says, “We want to be a gateway to social life in Orange County.” Offering kickball is really appealing to those really social adults who are there to network, meet new people and just have fun.

Do you have to be athletic to play kickball?

You should talk to my hairdresser. She’s the least athletic person, she has her long nails and she’s super girlie, but she is having so much fun at kickball every week. So no, you don’t need to be super athletic. That’s what’s cool about playing such a large team sport. You can have a couple people on the team that are athletic and kind of carry the team and the rest of the people just kind of contribute and make it really fun to be there every week.

What other sports and activities does Beach City Sports offer?

We have beach flag football—that’s our largest sport as we have over 1,200 adults every weekend playing in our beach football leagues. We have beach volleyball, kickball, of course, turf football, which is played on grass, and indoor basketball. We’ve been around a little over six years, this is our 25th season, so we started in 2011. We average about 1,500 adults every season, and those are just people that sign up to be on a team. Each season is about eight to 10 weeks depending on which league it is. We organize one hour of whichever sport it is that they are coming out to play, and we provide the referees, the team shirt[s], the structure to have an organized league and snacks too.

Whether you’re playing for fun or glory, these pieces of athletic wear will help up your game.

Stand out and stay safe while playing a fun game of kickball with these flashy NIKE FORCE ZOOM TROUT 4 ASG cleats. They will keep you on your feet while you kick your way to victory, $150, at Nike, Fashion Island. (949-720-7020; nike.com) 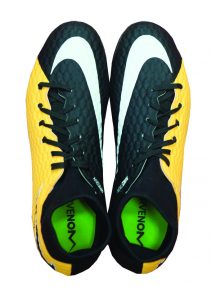 Keep the sweat off your brows and out of your eyes during your intense game with the UA PERFORMANCE HEADBAND by Under Armor, $5.99, at Dick’s Sporting Goods, Fashion Island. (949-640-1107; dickssportinggoods.com) 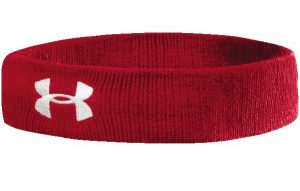 When you are looking for yoga pants that won’t slip off when it matters most, visit Athleta for the MESHBLOCK POCKET SALUTATION TIGHT, which is sure to fit you just right, $89, at Athleta, Fashion Island. (949-717-6650; athleta.gap.com) 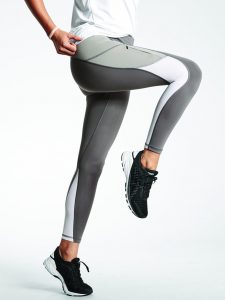 Of course, you don’t want to carry all of your new gear without a stylish bag to help you out. Turn to Lululemon’s FREE TO BE BAG to keep all of your athletic accessories together, $128, at Lululemon Athletica, Fashion Island. (949-644-9642; shop.lululemon.com) 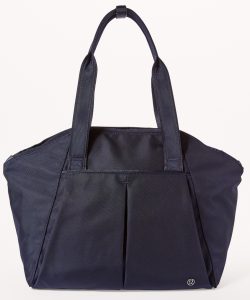 For keeping water at the perfect temperature during your time spent out on the field, this WATER BOTTLE by S’well is the way to go. Not only does it keep your water cold for 24 hours or hot for 12 hours, it also comes in a variety of colors and patterns to match anyone’s personal style, from $35, at Urban Outfitters, Fashion Island. (949-760-0267; urbanoutfitters.com) 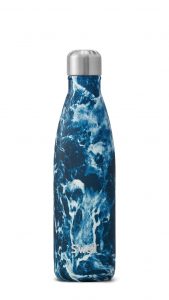