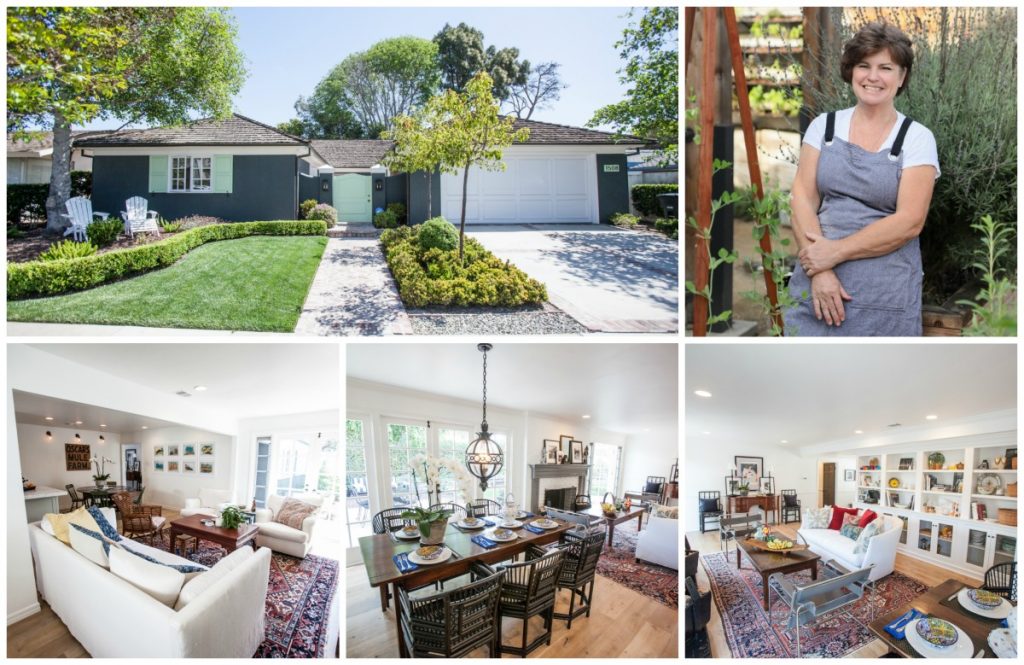 Chef Cathy Pavlos and her husband are embracing a third act in their new 1950s Westcliff home.

After residing in her Corona del Mar beach cottage for more than 30 years, Cathy Pavlos, executive chef and owner of Newport Beach’s acclaimed, Napa-inspired restaurant Provenance, was ready for a larger space. Two weeks before Christmas, Cathy and her husband, Elliott, identified their new home.

“Corona del Mar was a sleepy little town, but has become very congested,” Cathy says. “I wanted to be somewhere quieter.”

Yet, moving too far from the restaurant—Cathy’s second home—wasn’t an option. So, they started looking within a certain radius from Provenance.

“My dad was a developer, but I’d never been to an open house,” she say. “We came to one here and weren’t quite sure what to do. We spent about 15 minutes walking around while … [the real estate agent] spoke with someone else, and we knew it was the home for us.”

The couple likened the home’s juxtaposition of style to that of the house they rent in Napa Valley. Feeling right at home and sitting just 10 minutes away from the restaurant, they began the purchase process that same weekend. 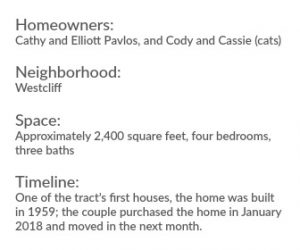 The Westcliff community of Newport Beach mixes older, 1950s and 1960s homes, as well as new construction. It’s in close proximity to shopping and restaurants, as well as recreational activities.

“This house was built in 1959, and I grew up then, so it represents that time to me,” Cathy explains. “The previous owner loved and respected this house—she completely remodeled it, which includes the brand-new kitchen.”

The home’s visionary and previous owner is interior designer Betsy Van’t Hof of Art by Design. In the late 1990s, Van’t Hof opened the home’s interior to the “Mod Cod” style it encompasses today. Mod Cod combines inspiration from the charm of vintage California cottages and coastal architecture with open space, light-filled interiors and modern technology.

“We purchased much of Betsy’s flair—most of the furniture in the public areas was hers,” Cathy says. “We felt so blessed that her design and architectural style were so incredible.”

Even so, moving out of 800 square feet of space into a home triple the size was no easy feat, especially when, simultaneously, both homes’ escrows and final purchases moved so quickly.

“We packed up 30-plus years of our stuff in two weeks. We gave away or recycled half of what we had in the CdM house,” Cathy explains. “[The home’s] 2,400 square feet … and 7,000 square feet of land makes living here feel like we’re living in a mansion.”

A Huntington Beach native, Cathy grew up cooking and eating her commercial farmer grandfather’s locally raised produce and meats, fresh fish and fruits. She says she learned to cook at her Italian grandmother’s side and gained a deep appreciation for food and how it’s grown or raised. Some of those early lessons took root and flourished as she continued her training and grew as a chef: In 2016, Cathy was deemed Restaurateur of the Year by the Orange County Business Journal.

“I didn’t eat store-bought produce until I was in college,” Cathy says. “I grew up with a farm-to-table concept before it was a ‘thing.’ ”

Cathy originally walked the career path of an architect. But, despite her passion for architecture, she decided after 20 years in that field to sign up for a culinary “boot camp” in Napa, which was for professionals who wanted to move their careers into culinary.

“I took a dishwasher job at a cafe in CdM after that to get my foot in the door and worked my way up,” she says. “The art of food is in my blood; I’m Italian. I knew the restaurant business was going to be different from architectural work and isn’t always an easy endeavor.”

In 2005, Cathy and Elliott together designed and opened Lucca. The Irvine-based restaurant (which has since closed) became known for its one-of-a-kind menu and wine bar, and was awarded four stars by the Orange County Register in 2006.

In 2014, Cathy opened Provenance with a fundamental role in the design and construction of the adaptive reuse project, reimagining the space formerly used by beloved restaurant Sage. Provenance’s concept is that of a modern Napa farmhouse and includes a 1,300-square-foot organic garden to allow guests to see the seasonal menu’s ingredients.

“I approach food with an architectural inspiration—it’s layered,” Cathy explains. “People appreciate the presentation of our food because of its design.” 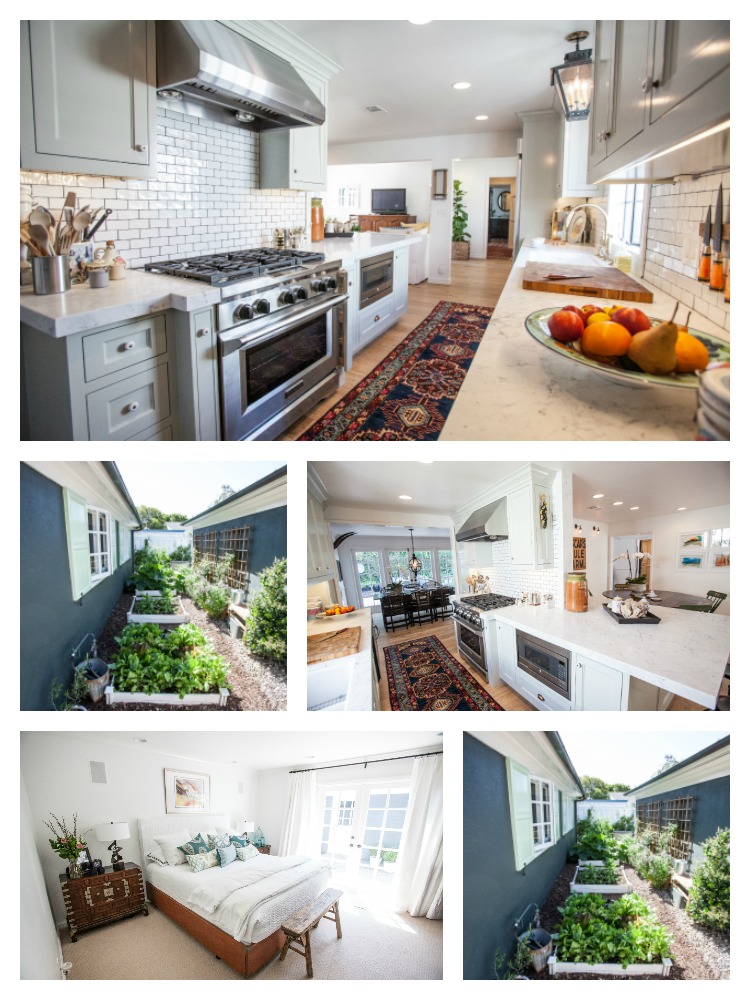 With a background in architecture, Cathy can especially appreciate her new home’s “livable” layout and “well-designed rooms with lots of light.” “Betsy completed the remodeling here years ago, and it’s like moving into a new house that was built in 1959,” Cathy adds.

“What works in a restaurant is an organized kitchen,” Cathy says. “This kitchen is designed so that a chef can use it: organized with everything in reach.”

Many of the couple’s personal accessories include items they’ve found during their travels. Antiques, such as Cathy’s French baguette maker and a pasta maker, accent the surrounding walls.

Light pecan flooring is featured throughout the home, except for in the bedrooms, which have a low-profile Berber carpet. The formal dining area showcases a farmhouse-style table, chairs and globe chandelier.

The couple, and the cats, spend most of their downtime in the kitchen nook and casual living area, The previous owner removed the original sliding door and added French doors to create a breezeway. Around the corner, much of the formal living room’s eclectic decor was purchased with the home and includes the couple’s Wassily chairs and a deep, white sofa that embrace the gray-mantled fireplace. A floor-to-ceiling bookcase lines the room’s back wall. Cathy has added a Nantucket garden and a raised bed vegetable garden in the side yard with plans for a full outdoor kitchen in the backyard this summer.

“This move is, in a way, my third act,” Cathy says. “I haven’t decided what that means yet, but it’s going to involve great food, architecture and teaching.”