Even if you’re speeding past, you can’t miss the bright blue facade on East Coast Highway just south of Fernleaf. Formerly painted red, the building now houses a dapper new menswear company, Heron Haberdashery. The shop opened in late summer to offer its own brand of resortwear ranging from polos to cashmere sweaters and sport shirts. (heronhaberdashery.com)

The niche “athleisure” concept—chic sportswear designed for aesthetic appeal as much as function—is receiving a stylish infusion with two new boutiques catering to exercise enthusiasts. Out Incorporated opened its flagship location near The Quiet Woman in August, offering fitness die-hards ultra-stylish apparel such as strappy sports bras, sheer tees and machine-washable riding jackets that wick away moisture. (outincorporated.com)

In contrast, Yogasmoga at Fashion Island has a range of sleek, eco-conscious tops, bottoms and accessories all made in the U.S. and inspired by the balancing tenets of yoga. (yogasmoga.com)

On the horizon, South Coast Plaza is keeping fashionistas on their toes with three anticipated openings later this fall. Vitra, a luxury eyewear boutique, is expected to arrive later this month; Spanish brand Massimo Dutti is scheduled to debut in November; and COS, a sister store to H&M, is arriving sometime before the end of the year, according to South Coast Plaza reps. (southcoastplaza.com) 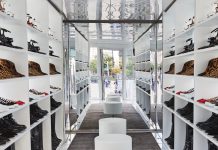 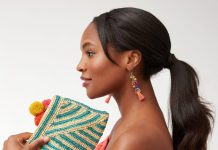