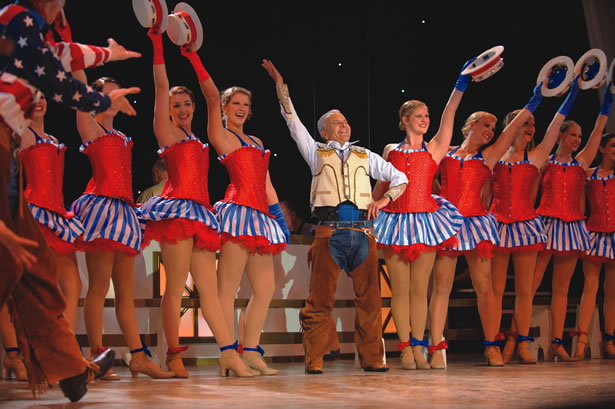 A sold-out audience of more than 700 Chapman supporters gathered on campus for the American Celebration show staged by more than 100 singing and dancing Chapman students. The annual gala raised $2.12 million in one night for the Chapman Scholarship Fund, while Newport Beach homeowners and event chairs Wylie and Bette Aitken donated another $2 million toward the building the school’s planned Center for the Arts. Chapman president James Doti was his usual exuberant self, joining in the entertainment with a surprise dance with Julia Argyros. The university’s 2011 Lifetime Achievement in the Arts Award was given to Mike Stoller, who, with his late partner Jerry Lieber, composed classics like Hound Dog to Stand by Me to On Broadway. Stoller lauded the students’ performances, predicting that many would find their way to Broadway. Also honored were the Schmid family, who were selected 2011 Chapman Corporate Citizens of the Year.