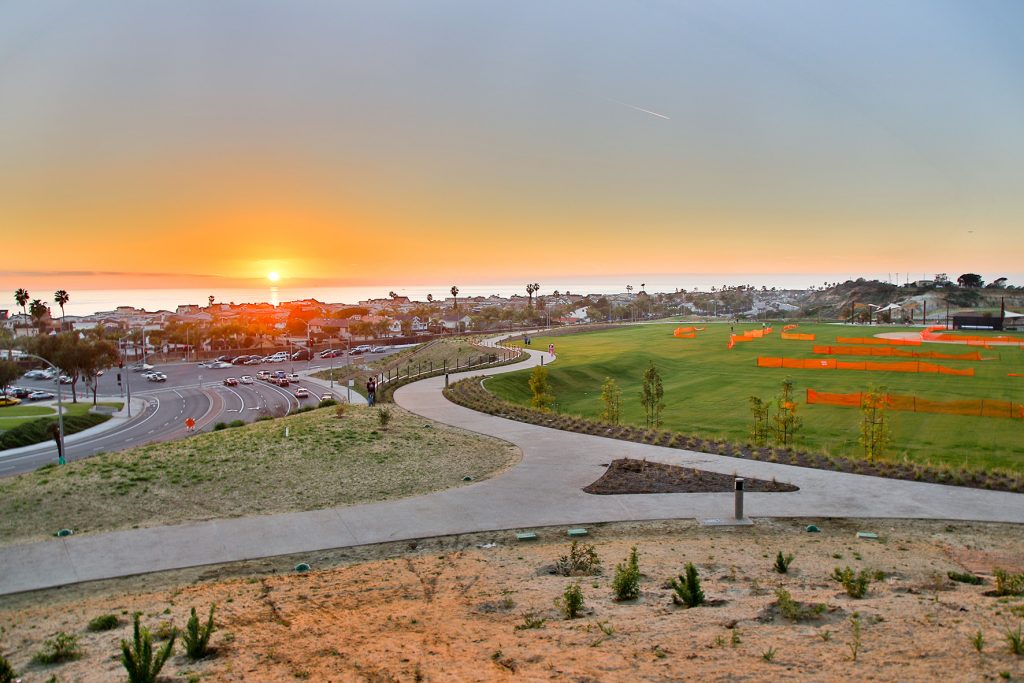 Nearly five decades after Newport Beach resident Louise Greeley first voiced desire for a park on an abandoned plot of land, its day in the sun has finally come. In early December, local families and officials gathered at Sunset Ridge Park for the official ribbon-cutting ceremony. The park sits atop a ridge on the corner of Superior Avenue and West Coast Highway, with views that sail clear to Catalina.

“We don’t have fields and viewing areas like this anywhere in the western part of Newport Beach,” says City Manager Dave Kiff. “This is a kind of park that a planned community would be jealous of, and we were able to squeeze it in well after almost all of western Newport Beach was developed.”

The $5.2 million park project began in 2013 and is now a 13.7-acre fun zone complete with a baseball diamond, two soccer fields, a butterfly garden, plenty of picnic areas and a rainforest-inspired playground. “We’ve been so happy to see the park get used immediately by hundreds of families, as if it was always there,” Dave adds. (newportbeachca.gov) —Karlee Prazak 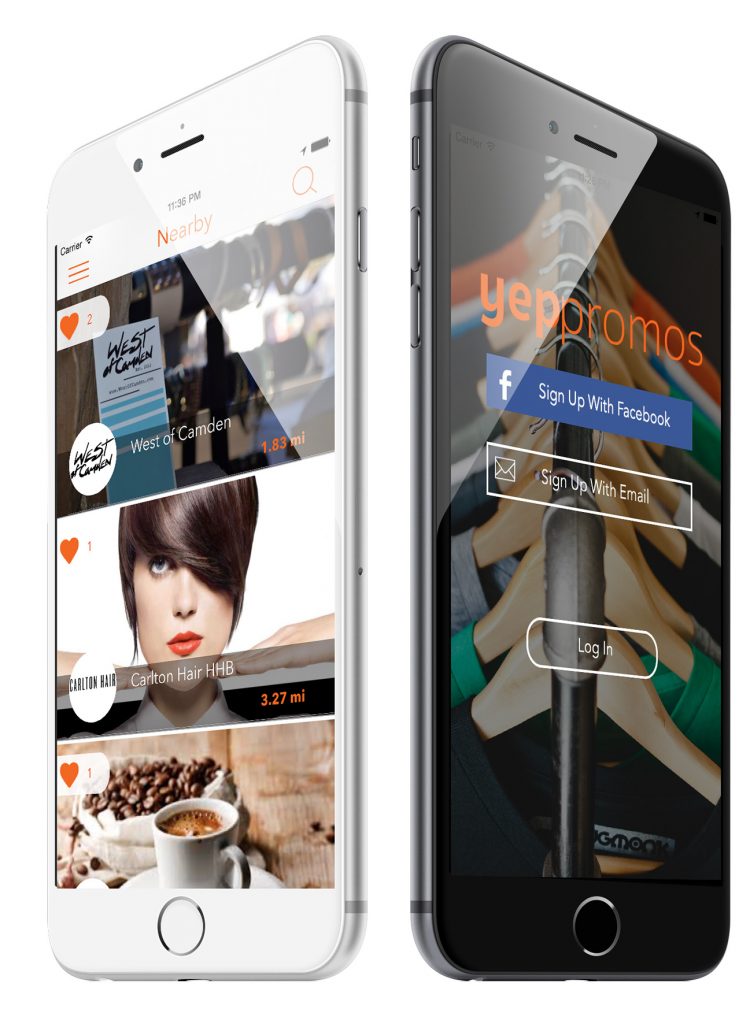 JohnMichael Jurgensen and Cole Hersowitz, the president and CEO (respectively) of the Corona del Mar-based startup company Yep Technologies, have full calendars. The two are busy assembling meetings with investors and hiring sales reps from around the country—in addition to making time for their homework. The 15-year-old freshmen at Corona del Mar High School recently launched Yep Technologies and their first smartphone application, Yep Promos. Free to download from Apple’s app store, with an Android version in the works, Yep Promos allows shoppers to search for deals at participating businesses nearby—typically within 100 yards of their location. In turn, retailers, restaurants and businesses pay a monthly rate to be featured in the app and can automatically notify nearby shoppers of promotions through cellphone alerts similar to text messages. So far, the young duo has collected nine paying businesses in the Newport Beach and Costa Mesa areas, and more than 500 users. (yeppromos.com) —Bria Balliet

Segerstrom Center for the Arts has been a premier destination for world-class concerts, ballets, Broadway productions and more since its grand opening in 1986. And there from the very beginning was Judy Morr, who joined as general manager in 1985 (prior to the opening) and currently serves as the center’s executive vice president of programming. In early December, Segerstrom’s board of directors unanimously voted to rename Founders Hall as the Judy Morr Theater in honor of her three decades of service. In particular, Judy’s commitment to introducing world-renowned dance performances to Orange County means that ballet companies such as the American Ballet Theatre are always willing to bring their performances—both classics and new productions—to Segerstrom. To complement her passion for the art form and relationship with the dance company, the newly christened theater also became home to the brand-new American Ballet Theatre William J. Gillespie School, which begins training young dancers this fall. (714-556-2121; scfta.org) —B.B.

Since 1982, the Orange County chapter of the Alzheimer’s Association (AAOC) has provided resources and searched for a cure for the disease that affects more than 84,000 people in the county. In late 2014, an anonymous donor made a pledge to match up to $250,000 raised by AAOC by the end of its fiscal year on June 30, 2015. Upon hearing the news last December, Corona del Mar residents Tony and Ginger Allen jumped in to show their continued support with a donation of $100,000. As of press time, a total of $131,000 has been raised toward the overall goal. (alzoc.org)

Also in December, Newport Beach resident Gary Fudge thanked Hoag Hospital Foundation with a $1.5 million gift for the Hoag Neurosciences Institute’s stroke program. Four years ago, Gary suffered a hemorrhagic stroke and credits his recovery to the team at the hospital’s Joan & Andy Fimiano Emergency Pavilion. He hopes his donation will allow the hospital to provide the best treatments for other stroke victims and help educate the community about important warning signs. The institute renamed its advanced imaging suite in honor of the Fudge family and will use the gift to purchase up-to-date technology to enhance patient care. (hoag.org) —Kirsti Correa

In honor of the 15-year local lifeguard who died while trying to rescue a swimmer last July, the Newport Beach City Council unanimously voted to rename the lifeguard headquarters after Ben Carlson.

Students in the Newport-Mesa Unified School District may soon have the opportunity to participate in singular programs from kindergarten through 12th grade, in addition to their general studies. Last September, the Board of Education approved an initiative to bring specialized academies to Newport campuses, and the district is currently working to showcase the new curriculum as early as February 2015.

The goal is to expose students to specially curated education routes in performing arts or subjects like science and math. As participants move on to the next grade level, the courses will become more succinct and eventually lead to a final project.

The academies are as follows:

Students will be required to fill out an application, which is available online and at the district office; NMUSD anticipates offering a transfer application to allow students to attend the best program for their academic strengths.

More details will be unveiled during a series of information nights that will take place throughout the 2014-15 spring semester. If all goes according to plan, signature academies will be fully implemented the following school year. (nmusd.us) —K.P. 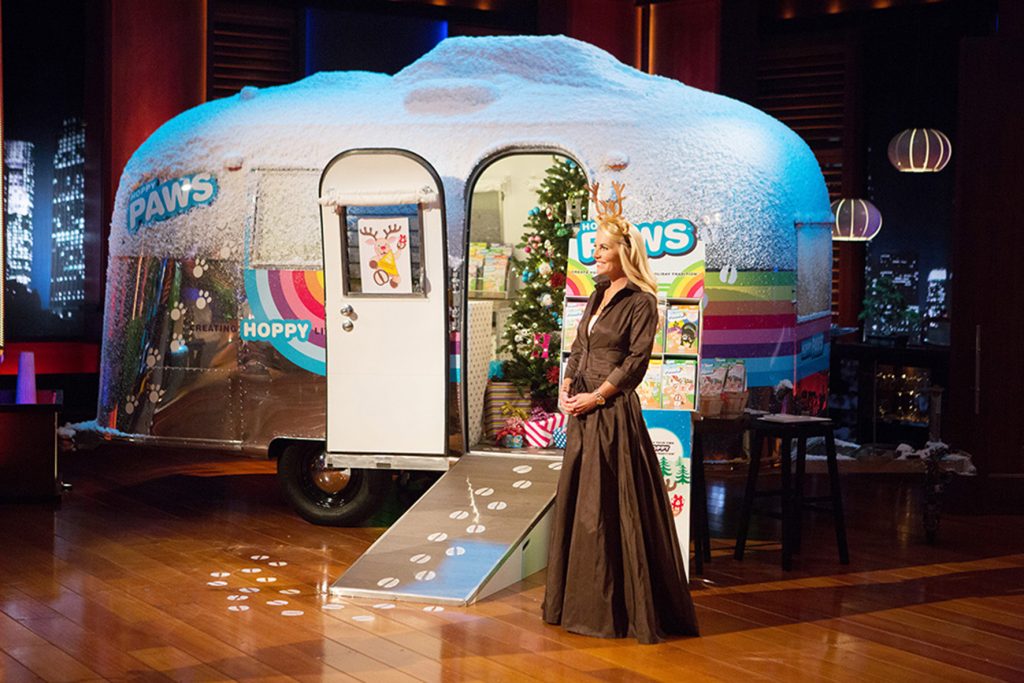 For Trina Barkouras, keeping the holiday magic alive for her children has always been a priority. The Corona del Mar mother began hand-making Easter bunny “paw prints” around the house when her kids were young—a task that never ceased to delight them. Friends and neighbors soon wanted their own prints, and Hoppy Paws was born. With her children grown, Trina decided to fine tune her idea, crafting a “super secret powder” that can be mixed with water and stamped on nearly any surface—even carpet—and easily washed away. The powder is packaged with stamps in the shape of bunny feet, Santa shoes, reindeer hooves and more.

A December appearance on the ABC television show “Shark Tank” made her dreams a reality—her business officially launched on Dec. 12, 2014, the day her episode aired. After a hectic Christmas season, Trina is now focused on Easter with character books to accompany each set of prints in the works. She also plans to donate a portion of her sales to Orange County’s Orangewood Children’s Foundation. Locals may purchase Hoppy Paws at Where’s the Party in Costa Mesa and Even Sisters on Balboa Island. In addition, the full Hoppy Paws collection—from leprechaun shoes to stork prints—is available online. (714-545-7297; hoppypaws.com) —B.B.

Hälth Spa, an all-natural nail salon and beauty boutique, opened in the Eastbluff neighborhood in mid-January. 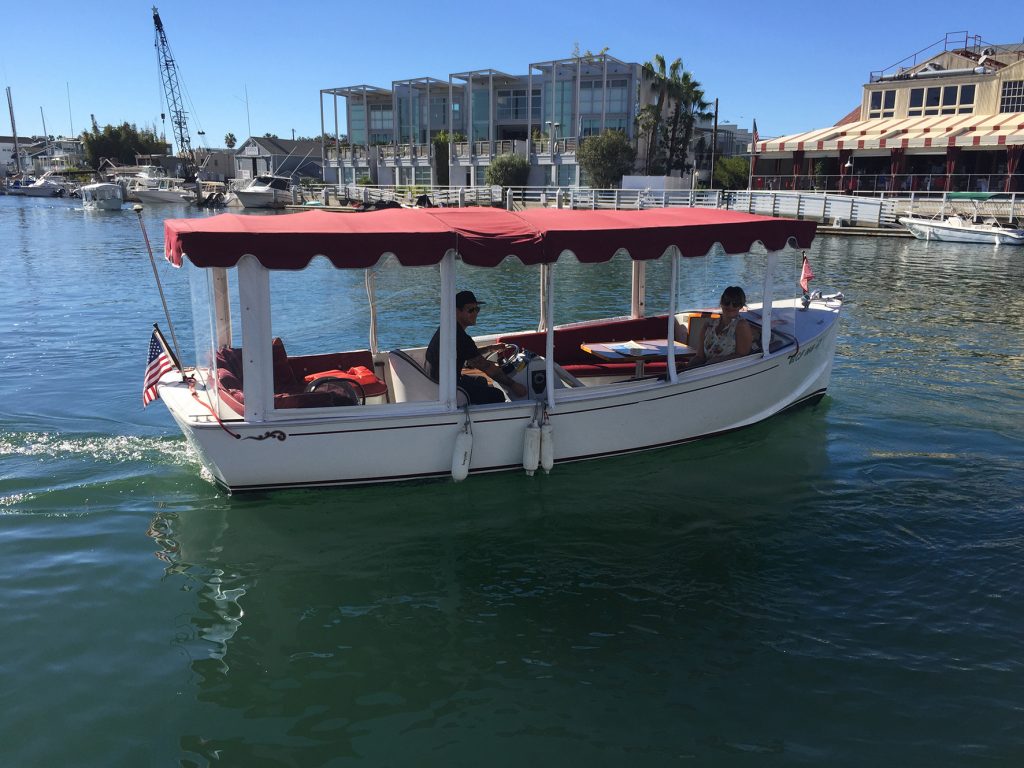 Newport Harbor welcomed a newcomer to its thriving Duffy rental business, just in time for the warmer weather to roll in—and these red-dressed vessels tow a more luxurious line than the rest. Focused on providing a yacht-like experience, albeit on a smaller scale, Voyagers Newport Beach launched in December with two Duffy boats and hopes to grow the fleet to four.

“The market was lacking in customer service, so we are focusing on that and bringing an elevated experience to the industry,” says Luann McElroy, owner of Voyagers.

Each Duffy’s plush red seating fits up to 12 adults comfortably and comes equipped with optional window coverings, a canopy and MP3-compatible stereo, as well as the opportunity for customization. Luann offers a variety of catering services that range from a cheese and crackers party platter to a full meal provided by Bear Flag Fish Co. The boats also come with a concierge booklet that indicates Duffy-friendly docks and accompanying bayside restaurants. Rentals range from one to four hours, with prices that vary based on customizations. (949-954-7850; voyagersrentals.com) —K.P.